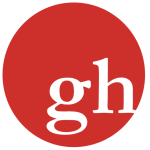 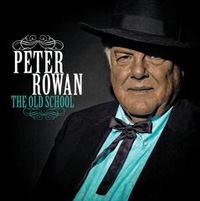 At times, Peter Rowan seems like the Zelig of roots music. In the course of his long career, Rowan has been a bluegrass boy, a new-age Buddhist mystic and truly everything in between.

Rowan was a founding member of Earth Opera, a band that opened for the Doors, before joining the west-coast rock band Seatrain. In the ’70s he did what I like to think of as “pot-grass” as a member of Old and in the Way, a unit that included Jerry Garcia, which granted the group lasting fame, and Vassar Clements, which afforded it respectability. Since then he’s done reggae-billy, southwestern yodeling, traditional bluegrass, singer-songwriter material, “flexigrass,” country, Texas swing, a tribute to Gene Autry and extended jam sets with seemingly anyone who would have him.

Along the way there have been some projects that worked well, such as his collaboration with Jerry Douglas (“Yonder”) and some that have worked phenomenally well, such as his collaboration with Don Edwards, Norman Blake, and Tony Rice (“High Lonesome Cowboy”). Also in the superb category are two from the last decade of his career, both featuring Tony Rice: “You Were There for Me” (2004) and “Quartet” (2006).

Still, with Rowan you never quite know what you’re going to get. Recently, he’s digging into his past as a bluegrass boy, trading on his pedigree as a member of Monroe’s band. (The actual fact is that his time with Monroe was rocky and short, probably because both of their egos couldn’t fit on the same bus, let alone the same stage.)

The first outing with the band formed for the purpose, the Peter Rowan Bluegrass Band, was 2010’s “Legacy,” a strong release, if not breathtakingly so. I saw this band live during the tour supporting that release, and the musicians seemed a bit tentative and perhaps a little too rough around the edges. Now, however, it seems things are really beginning to gel. I recently saw the band at MerleFest at the end of April, and they have fully grown into a confidence with each other (despite a couple of personnel changes) and with the material. That confidence comes through, too, on this recent release, “The Old School.”

True to form, Rowan can’t do anything straight, and on this album he’s written all the material in order either to sound like Monroe-era bluegrass, or to celebrate the musicians that, per the title, exemplify the old school of bluegrass. And if you can listen past his out-sized ego, for the most part it really works.

The album is of interest, more than anything, because of the great players that he’s assembled. JD Crowe, Stuart Duncan, Jesse McReynolds, Bryan Sutton, Del McCoury, Michael Cleveland…the list goes on and on of both younger and older players who are, without a doubt, classed in the A-list of bluegrass players today. The arrangements also let them shine for who they are. The piece with McReynolds, “Keepin’ It Between the Lines,” opens and closes the disc, and captures the bluster of Jim and Jessie. Likewise, the duet with Bryan Sutton, “Doc Watson Morning,” is a terrific showcase of the brilliance of Sutton’s playing, and a beautiful tribute to Watson’s artistry.

The only thing that perhaps doesn’t work as well is Rowan’s songwriting. He’s always been a better interpreter than a writer (with songs like “Ahmed the Beggar Boy” from “You Were There for Me” proving the point). “Doc Watson Morning,” despite the inspired playing of Sutton, comes off lyrically as overly precious, and perhaps a little bit put-on. “Mountain Man’s Dream” is nice, but Rowan adds a new-age edge to it by talking about the elements — earth, water, fire, air — and it becomes two-dimensional and trite. Rowan’s duet with Bobby Osborne, “Stealin’ My Time,” works better, perhaps because in that instance Rowan has chosen not to stretch the form, topically, as much as he does elsewhere.

In the end, though, there are ultimately fewer awkward moments here than there are successful ones. On the whole, “The Old School” is an interesting, impeccably produced album. And as much as you’re never sure which Peter (or even Pete) Rowan you might find, he’s good enough that with every release it’s fascinating to hear what he’s up to.