As a nation, we’re getting heavier with each passing year, and the health effects of obesity—from depression to heart attacks to some forms of cancer—are on the rise, too. So what do we do? Well, not perhaps what you might think. New studies,  such as those led by Dr. Karen Morrison at McMaster University in Ontario are changing the way we think about obesity. They’re also challenging some central ideas about what we can do about it. 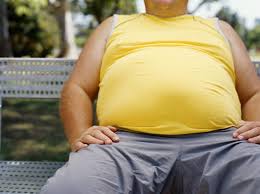 In the 1980s, Susan Powter became a celebrity by challenging widely held notions of why individuals are obese and what they can do to change it. Her mantra, repeated endlessly through her late-night infomercials, was “eat less, move more.” Getting healthy was, as she drilled into thousands of late-night couch potatoes, simple, easy to understand and easy to do. All you needed was to get up and do it. Right?

Well, no. Dr. Katherine Morrison, an associate professor within the Division of Exercise and Nutrition, says, “We know very clearly that if all you say to an individual is, ‘You know, you just have to eat less and move more,’ you can save your breath. Because we know that doesn’t work.”

And Morrison and others are working to find, clinically, exactly why. What she and others believe is that part of the problem is how we’ve framed the discussion. By focusing on the science of clinical obesity, we disregard many of the real reasons that certain people are overweight.

“If you think about it very, very simply from an engineering perspective,” says Morrison, “obesity results from more calories going in than calories going out. Then it sounds very simple. And therefore the solution should be, ‘Well, then just change that balance.’”

“But that doesn’t take into account the myriad of factors that influence that balance in each individual,” says Morrison, who adds that this list of factors includes many things that you may not think of at first blush: whether your mother had diabetes when she was pregnant with you, whether your mother smoked when she was pregnant with you, whether or not you have depression…. The list goes on and on.

Of course, reading reports about obesity these days can be a bit like reading reports about the effects of global warming. We know it’s happening, and perhaps even have personal experience with its effects, yet feel powerless to do anything about it. And, indeed, doing something about it can take a lot of effort. We live in an obesogenic society, which means that if we just go along our merry way eating what everyone else eats, and feeding our kids what everyone else feeds their kids, the result will be obesity.

“We know that, as a species, humans were not created to live in a world of excess energy,” says Morrison, which is exactly what our diet represents. We are surrounded with high fat food, carbs galore, and are drowning ourselves in refined sugar and salt. Not  good. She notes that, in pre-history humans had to run after buffalo in order to get a meal, thought now there is one waiting for us on every street corner.

“Part of the work that we do,” says Morrison, “is trying to understand how to improve the treatments for the metabolic problems that coexist with obesity in children.” That goal is served through better understanding the various determinants for good health and for health complications at baseline, as well as the determinants for change in those health indicators as kids grow and develop.

To that end, Morrison is principle investigator of a study titled “Determinants of Change in Childhood Obesity (DECCO),” which is being administered locally within the catchment area of the McMaster Children’s Hospital. This longitudinal study is following 270 children who have enrolled in the weight management program hosted at McMaster.

“We of course look at body composition,” says Morrison of the focus of the study. “But really the more important health indicators are the classic metabolic ones, like dysglycemia, hypertension, and abnormal lipid levels. Those are three classic risk factors, if you will, that are associated with obesity. But we’re also looking at bone health, and we’re looking at mental health in those kids at baseline and over time.… We’ve always focused on weight, [but] I’m more interested in health. I’m really not interested in what size shirt or pair of pants they are wearing.”

It’s a change in perspective that Morrison herself knows intimately: “When I was in my fellowship and I was doing an adult endocrine rotation, there was an overweight young person, a 30-ish year old, that we had seen as a patient. And the clinician said to me, ‘So, Why do you think that person’s overweight?’ And I said, ‘Well, that’s easy; they obviously don’t do enough activity and they eat too much.’ And he challenged me on that, way back before the whole obesity epidemic had started, and that sparked my interest in trying to understand the influences on diet, on nutritional intake, on physical activity, and how those impact health.

“[Our studies] are really drawn from a need to do a better job at the weight management, and the management altogether, of these children. Because we don’t do a great job so far, and we’re really trying to improve on that.”

These are the seeds of very severe health problems later in life, and longitudinal studies predict a 15-fold increased risk of heart attack by 50 years of age in youth with multiple cardio-metabolic risk factors.

Ironically, there is a fight going as I write this in New York State right now over a ban of high-sugar content beverages from movie theatres and limiting drink size to 16 ounces in food service outlets. The suggestion, as you might expect, has been met with derision and shock at one end of the spectrum, and bemusement at the other. We think sugar is fine, just part of life, and it tastes good. The reality, though, is that it’s one of the things that contributes, Cleary, to obesity and, as a result, a rise in diabetes, pediatric stroke, and cancer.

The work at McMaster is an expression of the broad focus being taken by both the clinical program and researcher. It’s also an expression of how important the topic is. The desire is to translate research findings into clinical and population based interventions.

It’s perhaps a different kind of approach, but one that addresses the depth and breadth of what has the potential to be the greatest health concern in the Canadian population in the years to come.

Dr. Katherine Morrison is a pediatric endocrinologist and an associate professor in the Department of Pediatrics at McMaster. Her clinical and research interests relate to the determinants, adverse health consequences and treatment of childhood obesity and lipid disorders in children.