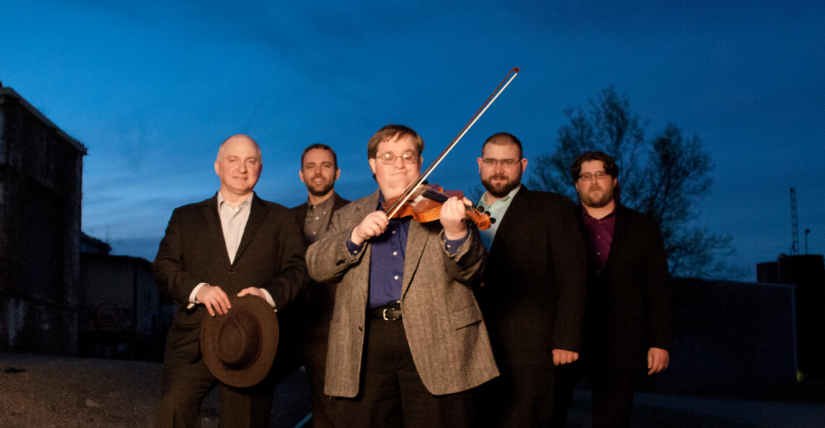 (KDHX) Sometimes fiddle players can be hard to get a handle on, if only because it’s a kind of music making that we are less familiar with than, say, guitar. On this album as on all the albums Cleveland has made, it may not be obvious why he gets lead billing: he doesn’t sing, or write songs, and those are the things that general audiences tend to focus on. In performance, likewise, he also doesn’t move around, like Leahy or Sythian. His band, Flamekeeper, does all the singing and moving, and even some of the songwriting. Apparently nobody thinks too much about wardrobe.

But if you need to know why the world needs more Michael Cleveland, listen to the one solo track on this album, “Jack O Diamonds.” It’s an old-time standard that, when set beside any other recording (such as one by Bruce Molsky) demonstrates exactly what Cleveland is up to. He takes the piece entirely out of the old-time context, quoting phrases from bluegrass while also giving a few nods to jazz here and there. He adjusts the chord accompaniment, dropping a tone here, adding a minor there. He’s playing in the truest sense of the word, and as with any kind of play, there’s some humour in there, too.

And, indeed, that’s what he’s doing in all the other pieces on this album. They, too, are full of nods and winks, a masterful presentation that includes a wonderful sense of empathy and joy. The players he has with him are truly excellent, and it’s clear that they are there entirely because Cleveland is. That, precisely, is why this recording should demand your attention. These people are excited about it, and with very good reason.

The album ends with “The Orange Blossom Special,” a piece that Cleveland has been playing since he was a child. There is video of him at perhaps 12 years of age playing it with Doc Watson, and it’s a moment that I think of whenever I see Cleveland. They are backstage at the IBMA and, afterword, Watson asks if he has been blind since birth. Cleveland says “yeah, but I don’t think of it too much. You know, there are some things I can’t do, but I’m going to make do with what I can do.” Good lord, does he ever.